When Children Are Given Time to Play

The original plan was to travel to Japan, but COVID-19 prevented this. As a result, we are now traveling to Sweden. In preparation for teaching this class, and taking this trip, I just finished reading the book, There’s No Such Thing as Bad Weather: A Scandinavian Mom’s Secrets for Raising Healthy, Resilient, and Confident Kids (from Friluftsliv to Hygge) by Linda Åkeson McGurk.

This book was recommended to me by a friend of mine who is very involved in outdoor education, and who has the goal of ultimately opening a preschool that operates entirely outdoors. The book was eye-opening, awe-inspiring, and influential. It makes part of me wish that I had either raised my children in Sweden (or elsewhere in Scandinavia) or at least had my children attend school there for a period of time.

Without giving too much away, the book describes the experiences of a Swedish mother raising her children in Indiana. She is rather shocked by the scarcity of recess time allotted to children in American schools. Her concern is valid, there is indeed a growing trend toward the reduction of recess at school (see also this report), despite evidence showing how important recess time is to children’s social and emotional development and to their attention, working memory, and behavior. 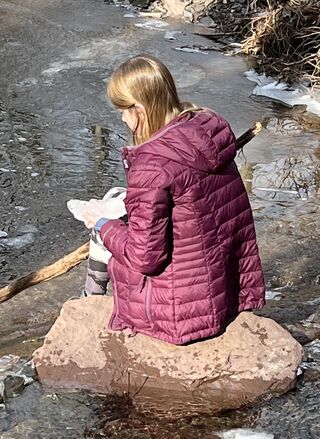 McGurk also finds herself confused by how infrequently children in her Indiana community play outside, especially in “bad” weather. McGurk discusses how in Sweden, every child repeatedly hears from their parents that “there is no such thing as bad weather, only bad clothes.” (Indeed, a friend of mine who was raised in Sweden confirmed that he, too, heard this adage repeatedly while growing up.) In Sweden, the weather is frequently “bad,” but children are outside whether it’s cold, raining, or snowing, not just when it’s comfortably warm and sunny.

When her father in Sweden falls ill, McGurk travels home to care for him for six months, and brings her daughters, who temporarily enroll in second grade and preschool in Sweden. McGurk recounts several differences between their educational experience in Sweden and in the United States. Notably, the school days are shorter, and homework is less common. There is no such thing as “snow days.” When it snows, in fact, children often get extended recess at school for sledding, ice skating, and skiing. Many of them even ski to school.

Children come home after school and return outside. They are granted more freedom than they are in the U.S., and risk-taking is encouraged as a means of learning independence and self-sufficiency. While in Sweden, McGurk encounters children well under the age of 10 riding their bikes alone, hiking through the woods alone, walking to parks alone, and taking the public bus to and from school alone. She encounters a Scouts troop—which is, notably, co-ed—learning how to make and transport fire in the woods. Tree-climbing, creek-crossing, scrambling over rocks, and experimenting with tools are common even among the youngest children her daughters befriend.

What would happen if we saw such things in the U.S.? Would troop leaders be sued for negligence? Would child protective services be called on parents for putting their children at risk? Would parents be judged as too loose, too casual, too slipshod? Would children be scolded for putting themselves, or others, in danger? Would schools be held liable for injuries sustained during toboggan races or ice-skating falls at recess or in phys ed class? It’s not hard to imagine that this might be the case. 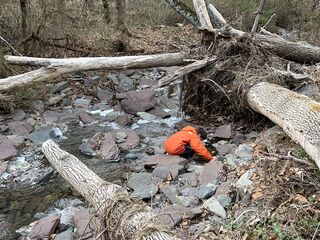 Further evidence of the benefits of outdoor play, and the potential for the outdoors to be intimately integrated into education, exist in the form of forest schools. Forest schools originated in Scandinavia, but have been gaining in popularity throughout the world (see this website, or in the UK, or in Canada, or in the U.S.). Any one of these websites will enumerate the benefits of outdoor education, as well as cite testimonials from the parents and students who have participated.

In short, my recent exploration of play in other countries has led me to conclude that, in many ways, our current system in the U.S. leaves something to be desired. I can only hope that American parents read books like McGurk’s, try outdoor education programs like my friend’s, post to social media, and advocate for more playtime, more outdoor time, and more freedom for their children. And that they continue to send them outside when they come home from school, regardless of the weather. Swedish parents have it right. There is, indeed, no such thing as bad weather, only bad clothes.